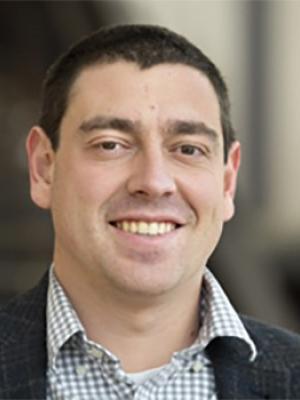 Alex Gorodetsky is an Assistant Professor of Aerospace Engineering at the University of Michigan. His research interests include using applied mathematics and computational science to enhance autonomous decision making under uncertainty. He is especially interested in controlling systems, like autonomous aircraft, that must act in complex environments that are often represented by expensive computational simulations. Toward this goal, he pursues research in wide-ranging areas including uncertainty quantification, statistical inference, machine learning, numerical analysis, function approximation, control, and optimization.

Prior to coming to the University of Michigan, Alex was the John von Neumann Postdoctoral Research Fellow at Sandia National Laboratories in Albuquerque, New Mexico. At Sandia, Alex worked in the Optimization and Uncertainty Quantification Group on algorithms for propagating uncertainty through physical systems described with computationally expensive simulations.

Alex completed his Ph.D. (2016) and S.M. (2012) in the Department of Aeronautics and Astronautics at the Massachusetts Institute of Technology, where he worked on algorithms for stochastic optimal control and estimation in dynamical systems. He received his B.S.E (2010) in Aerospace Engineering from the University of Michigan.